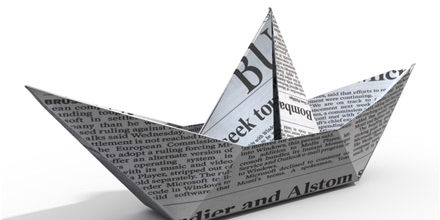 Here we are in the middle of summer; the boating season is at wide-open-throttle and “working for the weekend” takes on serious meaning. At BBLADES, we’re serious boaters just like you. Among our customers are some serious competitors, anglers and racers who give their all on the water. They’re no different than the rest of us, they love being on the water. Whether you’re on the water for serious competition or serious fun, BBLADES.com has all of your propeller and prop accessory needs covered.

Seriously. Enjoy the rest of your summer. It was a busy spring for BBLADES anglers and racers who hooked-up to win some prestige events around the country.

BBLADES Bass Pro Matt Nogalski teamed-up with his brother-in-law Justin Kohn to win the 35 annual Mercury National Walleye Tournament on Lake Winnebago (WI). The pair weighed 10 fish over two days for a hefty 49.64 pounds and a $13,000 first place check. Matt and Justin led 298 other teams after day one with a five fish limit that tipped the scales at just over 25.5 pounds. Ironically, the team was randomly assigned boat #1 prior to the start of the event!

Congratulations to Johnny & Jason Saris on winning the Offshore Powerboat Association (OPA) Class 400 checkered flag during the Atlantic City Festival of Speed Offshore Grand Prix. The win was especially sweet, because team Saris Racing Engines spent the final days rigging a new 33 PowerPlay with staggered twin 650s, finishing with just enough time to get to AC for the race, but not enough time to test. “It was a little sketchy at first,” Johnny said, “but when the green flag dropped, adrenaline took over and everything was fine.” Saris said he was confident in his equipment; boat motors and props. “We’ve worked with Brett for a long time and have always had amazing results. There is no other option for us, BBLADES is the best.” An eye on the Walleye guy

Keep an eye on BBLADES favorite walleye angler, Korey Sprengel, who is poised to have his best season in 7 years as a pro. As of this writing, the 25 year old from Beaver Dam, Wisconsin is second in the point standings of the National Walleye Tour (NWT) and sitting in the top three of the Masters Walleye Circuit (MWC). His goal is to win Angler of the Year, and the title is well within reach.

Korey, who won the 2012 FLW Tour Event at Bay de Noz, says his success is all about experience and the confidence that comes with it. Specifically, “learning how to break-down a body of water quickly so I can find areas similar to those that are producing fish; sometimes you have to make a ‘milk run’ but areas with less fishing pressure often have better quality fish.”

He makes those runs in a Ranger 620, pushed by a 250 h.p. Mercury, propped with a Bravo 1 OB from BBLADES, “and I have a Tempest for really rough conditions.” Sprengel explains that anglers don’t change props like racers do, “A lot of guys don’t, but there are more guys that should.” He credits BBLADES with offering up that type of knowledge. “I thought I knew a lot about props, but Brett has taught me so much. BBLADES has great people; super friendly, always willing to answer questions and then follow up to make sure everything is working as expected.” Here’s your chance to show us what a competitor you are, and take away some awesome prizes.

BBLADES and Offshore Only are giving you the month of July to answer five questions and win prizes ranging from a BBLADES hat & T-shirt to a BBLADES Proplock or a $400 Lab Finishing Certificate.

Follow this OSO contest link Take a photo with your favorite BBLADES product (get creative), read the five questions, find the answers on the BBLADES website, and you’ll be entered in a drawing for one of those three prizes.

If you’re not a member of Offshore Only –and why not? – you’ll need to register. But as a boater you might find a lot to like at the original on-line community for performance boating. OSO offers a variety of forums for specific boat brands, as well as technical information about motors and … propellers. In fact, BBLADES’ own Brett Anderson is the resident prop expert at OSO and Powerboat Nation. Of course, if you’re reading this, you’re probably already used to having the propeller pros at BBLADES answer your questions. So now, answer ours and score some propeller swag!

Prop Talk — A Talk About Pitch

Pitch is a theory: how far forward –in inches – will a propeller travel in one revolution.

Pitch can be “True” or “Progressive”. True pitch describes a propeller that measures the same pitch from the leading or beginning edge to the trailing or following edge. Progressive pitch describes a propeller that starts low in pitch at the leading edge and increases its pitch as the water travels towards the trailing edge. Both styles of pitch offer benefits depending on the type of boat and engine package or set up a person uses.

Pitch is the final “gear ratio” adjustment on any given boat. Pitch controls the engine revolutions per minute or “RPM”. Adjusting pitch for any given situation can change a boats performance anywhere in the rpm range and give the boater the desired performance they need while keeping the propulsion system working as the manufacturer engineered.

You can learn everything you need to know about propellers by calling BBLADES or visiting “Props 101” at the BBLADES website.

If you like playing games and winning prizes, check out the BBLADES Facebook page, because we do some there from time to time. Or, if you want to show off your boat, prop, a big catch or a checkered flag, send us some pictures and we’ll share them with our friends.

BBLADES also wants to get your word out. Poker Run, fishing tournament, boating-related charitable happening; just send us the info. Share and share “a like,” and hit up almost 400 people from around the world.