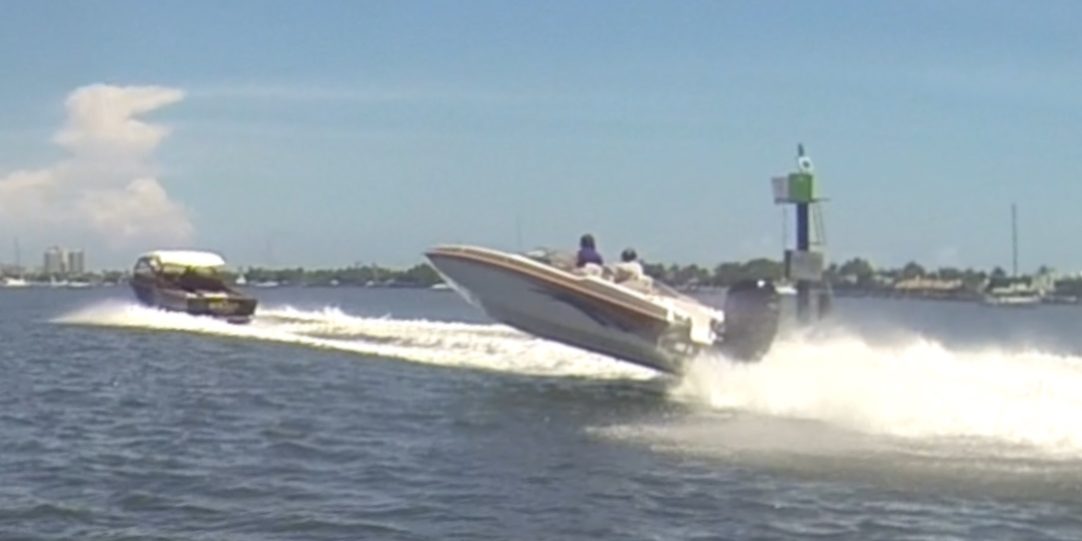 Early in 2014, James Matthysse got a smoking deal on a 2012 Checkmate Pulsare 2400 BRX bow Rider; the boat was two years old, but a demo, and only had six hours on it.

Matthysse, of West Palm Beach, Florida, then spent the next four months trying to find the right prop for the 300 horsepower Verado powering the rig.

“I tried four or five different props that I borrowed or bought with information from internet forums,” he said.

A pilot by profession, and a bit of a wrench by hobby, Matthysse was playing with the idea of a repower when Mercury Racing announced the Verado 400R this past February. He had to have one, and had to rig it himself. But when it came to prop selection, this time, Matthysse placed a call to BBLADES first.

“I actually talked to Brett a year ago – and some other prop shops – to get some basic information, but this time I wanted to take advantage of BBLADES’ test program… Brad asked me very detailed questions about my rigging and set-up, the type of boating I like to do, very technical and involved.” Matthysse ended up testing a 24p pitch BBLADES OB/F and a 24 BBLADES Blaster, and was so impressed, he bought both props. “I use the OB/F for tubing with the family: five people and lots of gear. The prop has really good manners at low speeds, and holds the bow right where I want it. It’s a good all-around prop.”

Matthysse likes the hole shot as well as the mid-range acceleration the BBLADES OBF provides, and figured he found his prop. Then, he tested the BBLADES Blaster. “They should call it ‘the blast,’ because it is,” he said. “The OB/F is great for family time, but when my buddies and I want to go fast, I put on the Blaster.”

According to James, the Blaster delivers a noticeable difference in hole shot and acceleration across the rpm range, as well as an additional 3 mph on the top end. “This prop bites and does not break loose,” he said. “It accelerates very well, and the way the prop holds, it accelerates and maintains speed in turns.”

Matthysse’s Checkmate now tops out at 81.5 mph, and he has the right prop for all occasions.

“My advice is, don’t try and do it on your own. Talk to Brad or Brett first and save some time, hassle, and money.”